Everything, Everything is a love story based off the novel with the same name by Nicola Yoon. The story is about a girl named Madeline or Maddie who suffers from SCIDs, which is a condition that prevents her from going outside due to susceptibility to illness.  The movie is a tale of romance with some good humor. Maddie played by Amandla Stenberg, and she does a fantastic job of carrying the film with her acting ability. The movie uses several different ways to convey conversation over text messages, but rather than just showing texting going back and forth Maddie and Olly, played by Nick Robinson, use representational settings to play out very dynamic and fanatically scenes.
The pacing of the movie is one of its best quality, there is constant movement from one point to the next, but without seeming frantic. The stakes continually get higher and higher, but never past the point of unbelievable and the logic that these young teens use to lead them from one conclusion to the other makes it exciting to see. There are several points that made me very anxious for Maddie’s safety, but I never thought what she was doing wasn’t understandable.
With some great twists and turns that are ultimately satisfying in the end, fans of this genre “Everything, Everything” is definitely worth your time.
~ Eliott G. 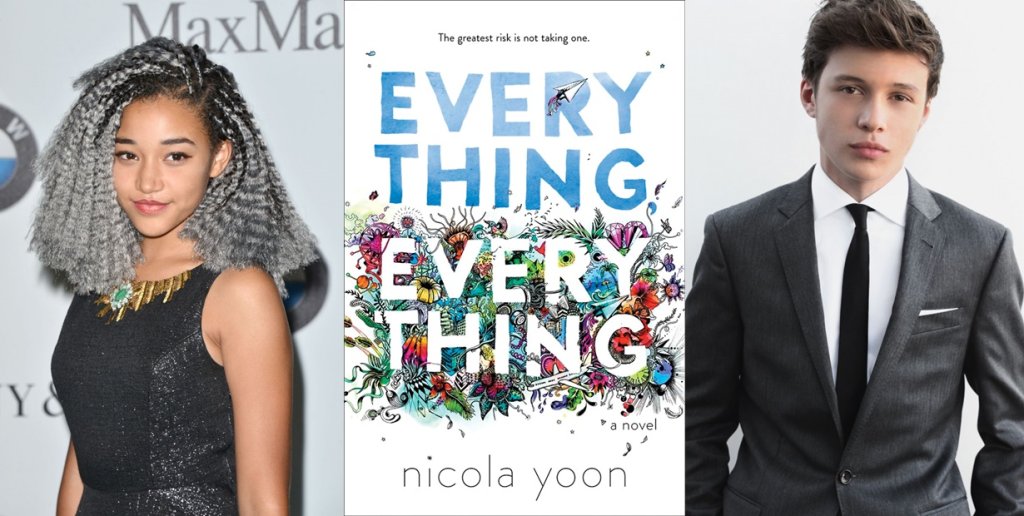