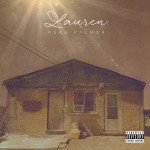 Keke Palmer is holding nothing back on her new visual EP Lauren, premiering exclusively on Billboard. The singer/dancer/host/personality hones into her musical talents and offers up her vulnerable side on tracks like “Doubtful” and “Pressure.” She also hits the ladies with the partystarter “GMFU” — an acronym for “Got Me F–ked Up” and flaunts her flawlessness as an African queen for “Hands Free.”

Working alongside producer/songwriter Sean Garrett and tapping rappers Lil Yachty and Dreezy, Palmer gives homage to her birth name Lauren Keyana with an offering that is unapologetically herself.

Below, Palmer breaks down the inspiration behind Lauren and presents the full visual EP.

Why title the project Lauren?

Because I feel like it helps keep in mind what this whole EP is about, which is giving an entrance into who I am truly, like where I come from, how my career as Keke Palmer began. Keke, of course, is a family nickname. Everything attached to it — being my entertainment name, I feel like are often so separate from the totality of who I am because so much of my early career was based off of acting and my characters. Of course, I’m not my characters and so for my EP, I felt like because this is them getting to see it through the true me, where I’m coming from and how I’m feeling, I feel like it was perfect to title it my birth name Lauren.

There’s also a running theme in the project of believing in yourself. What were you going through while creating this music?

I was going through the growth of believing in myself and finding out what it meant to really stand behind my ideas, carry them all the way out and not let other people deter me, but to take that journey with myself on what I find interesting in music. It’s easy for me to do in a lot of other aspects of my career, but not always in my music. I think that definitely inspired that aspect of the album greatly because there was a parallel in my life. 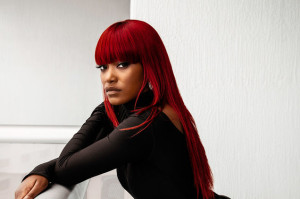 What made Sean Garrett a great partner in creating these songs?

You also recruited Dreezy and BJ The Chicago Kid for the project.

Dreezy is from Chicago. I love her and just excited for everything that’s coming out for her in the future. And Yachty, I know him, he’s one of my homies. I’m just loving how he’s so young and he’s getting it. For me, it’s all about the culture and it’s all coming together. They’re young, they’re fresh, and I just thought it’d be cool for them to come on the EP.

For the first song “Doubtful,” couples, who are stripped down, are seen arguing in the rain. What inspired that?

Because it represents the vulnerability that I lack. With me and my clothes, I’m representing that I’m being guarded — I’m not at all open. When you’re looking at the people that are out on the street, they look like a mess, and they’re vulnerable as far as the relational conflict they’re going through. I’m not vulnerable to any of it. I’m completely closed off so there’s no getting anything negative in but also no getting anything positive in. If you keep your space closed, nothing will be able to get in it but you also won’t be able to escape it either. The representation is just that I’m doubtful, that I’m not that easily vulnerable to open up and that may keep me protected at times as to what I judge and what I see in relationships. It also doesn’t give me the opportunity to have love because that is what love is — love is forgiveness, love is confusion, love is sometimes a moment of suffering but that’s because we’re human. In order to really get past it and find that love, it does sometimes include mistakes because we’re human and we’re gonna make them.

You appear very wise with the way that you sing and talk about love. Who taught you important lessons about relationships?

I learned from what I saw and then I learned a lot through my mom and watching my parents. It all really plays a part in my understanding of relationships as well as my own personal experience.

For “GMFU (Got Me F–ked Up),” the video features a cameo from a very special puppet.

Yeah, Cuzzin M. The concept of that video is wanting to keep it kind of light because the song is so like “you got me f–ked up.” I wanted to try and get a fun and playful type of feel to it. I’ve done stuff with my cousin in character before in my old videos on my page. I felt like it brought that whole entertainment [aspect] to what I try to bring to my work, which is a full-blown show. I’m not just an actress and I’m not just a musician, I’m also a host, a personality, I’m also these other things with my community and with my boyfriend so there’s so many other different sides of me, and adding all those different elements, I felt like it just created a very whole entity of what is Keke and I felt like adding Cousin M was ultimately a major part of that because that whole entertainment factor. I want to give you a full blown show with characters in every way.

How important was it to incorporate Mudville into the project for the “Jealous” video?

That was huge. All the songs were important, but it was definitely an integral part to show the people where I come from and how much [the city] means to me and how much it makes an impact on who I am. They don’t know the girl from Chicago. They’ve seen me acting since I was a kid but they don’t understand what makes that so awesome and why it’s something that’s so important for them to know because I came from nothing. So if I came from nothing and you came from nothing, that means we both can become something no matter where we came from. That’s just the important thing [to know] that at this point in my career. That is so important for my peers to know in my opinion. I need for them to understand that they are no different from me, that I didn’t have any type of special upbringing that makes it more possible for me to be charging the game to that.

Do you feel like this is a side of your artistry that you haven’t let fans see yet?

Definitely because I’ve been too afraid and I’ve also never really known how to quite articulate it because I was so afraid of the box that people had me in. I was allowing what they thought of me to stop me from being my true self because I felt like they wouldn’t understand, they wouldn’t believe me, they would just think I was lying. I had to get over what other people thought about me and how other people saw me to be able to express who I was inside.

What is the significance behind the song “Pressure”?

“Pressure” is about meeting somebody that you wanna be vulnerable for and wanna open up to, or somebody that wants to open up to you. I feel you often think that you’re ready and you choose not to date these f–kboys but you don’t understand why you’re choosing a f–kboy. Most of the time, we choose people that are where we are. So I never openly had to be vulnerable because I keep choosing f–kboys that aren’t every going to go to that place so I’m safe. And then when you come across somebody that isn’t like that, it’s like damn, they’re applying pressure and now it’s making me fact the reality that I was never really ready before, and I was never really willing to completely show myself to somebody. And now that I’m meeting and and be in the position with somebody that isn’t trying to be on the bulls–t but does want to show themselves to me, I’m been pressured and challenged to show myself too. I chose to do it in the studio because, again, kids haven’t seen me in that kind of territory and also I wanted to try and find a way to show them that vulnerable side of me. I’m able to really get that emotion out and be truthful like that in the studio.

For the final visual, “Hands Free,” you dress as an African queen. Explain the concept.

I had started to do a lot of research, like self-reflection and trying to understand my anxiety and just the flaws. You try to understand your habits and things that you naturally do and you don’t know where they come from and you just start digging. I came up on the whole Kush empire [an ancient Nubian kingdom], the other side of African American culture that we don’t always hear about because we’re so often thinking immediately about the slavery part of it all when Africans came over to America as opposed to the life they had before they came to America. I started to read up on a lot of those things, and I found myself being so empowered and not feeling so negatively about the history of African American people in America. It gave me another perspective to look at things and I just felt like, damn. I wish that more of my peers would know about this other side because it would give them a range of possibilities for themselves instead of just being one.

There were people that looked like me that were kings and queens and there was a whole other world and that was also a time in history too. There’s different layers to your culture than just this one and so I was like how can I visualize this in the video in a way that can empower kids but also young people from my culture because I know they’re struggling with so much shit that’s going on currently that can make you feel ashamed about being who you are when the reality is you don’t have to feel that way. You can choose another options, you can choose to see things differently. And that’s something that I’ve been working on through myself as a young African-American woman in the world.

I feel like you’re at a place right now where you’re very comfortable with who you are. Did you notice a change in yourself while creating Lauren?

I really came through for myself completely and so I think there’s just a feeling of ‘phew.’ I didn’t hold back anywhere. I feel like everything I did before this point was necessary to give me the confidence that I have now. Burt even when I think about before, there were little things where I would be like, okay, I didn’t really know better and didn’t fully believe in my vision. It’d be more where people would totally redirect me at times, and I’m just not that person anymore. I have full belief in the sentiment of what I want to say and what I want to put out. It feels so good to finally be able to do that. So after putting this EP together, it’s just kind of like, “you did it, girl.” There’s a much stronger relationship with myself and much more of a confidence in who I am and I can’t wait to see what the album is like.