OMG! You do not want to miss The Harlem Globetrotters’ Spread Game Tour!

Johnson: How does 4 Guys Plus 4 Backgrounds Equal 1 Name?

Check out the trailer to the newest, hottest show on Bounce TV!

Four Black men, Omar, Greg, Keith and Jarvis met in grade school and have been best friends ever since, and they all just so happened to have the same last name, Johnson…no relation. After 25 years of friendship, they are finding themselves in vastly different places in their lives, threatening the unity that has always been so strong. They confront and find humor in the most current controversial social issues from the Black Man’s perspective, ranging from love, marriage, business, politics and religion. 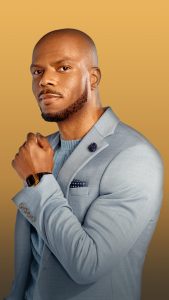 Deji LaRay, the creator of Johnson, is a multi-talented actor, writer, and producer from Atlanta. After performing on Broadway at just 13-years-old, training with the Alliance Theater and the Youth Ensemble of Atlanta, and ultimately graduating from high school, LaRay took his talents to Los Angeles, where he received a BA in Film and TV from Cal State Los Angeles, studying directing and filmmaking to hone his skillset. LaRay can be seen starring in seasons two and three of Age of the Living Dead. He spent six seasons on Bosch and appeared in three episodes in season one of Greenleaf. Off the set, LaRay is passionate about mentorship and aims to start his own nonprofit that will help mentor children in inner cities and show them that the world is bigger than the neighborhood in front of them. 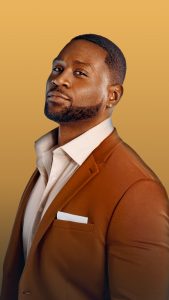 Thomas Q. Jones is a captivating force on and off the field. While best known as an unstoppable all-time leading running back that played 12 seasons in the NFL, his focus has turned to acting and technology. Jones served as Showrunner and lead actor in Johnson and has executive produced and appeared in film and television shows including Straight Outta Compton, P-Valley, Tales, Luke Cage, Shameless, Being Mary Jane, Runaway Island, and A Violent Man. Off the set, he is co-founder and CEO JoinLevel, LLC, and is the co-founder and Executive Producer of Midnight Train Productions. Jones grew up in Big Stone Gap, VA, with six siblings and his coal-miner parents, whom he collaborated with to publish “Blessings from the Dust,” a book inspired by family struggles endured in Virginia’s poverty-stricken coal-mining camps. 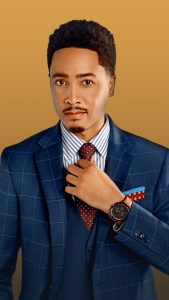 Philip Smithey began acting in local community theater, and school plays at age 7, continuing to perform and study theater throughout high school and college. After arriving in Los Angeles, he began his professional career, landing multiple national commercials and TV show appearances, including Criminal Minds, NCIS, The Young and the Restless, and a recurring role in Switched at Birth, to name a few. Smithey’s diverse skill set has led him to a variety of dynamic and emotionally charged roles, including a recent appearance in The Rookie and the best actor award for his performance in the short film Every Nine Hours. Smithey also enjoys sketch comedy and has written and performed live shows throughout Los Angeles for more than 10 years. 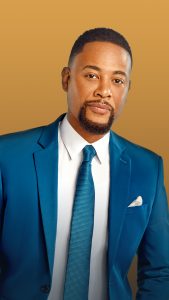 Derrex Brady toured the world with top music acts as a professional dancer; Derrex Brady settled in Los Angeles and worked in commercials before he soon began consistently acting in television series, with titles that include the critically-acclaimed drama Any Day Now, In Plain Sight, The District, Strong Medicine and NCIS. In feature films, his credits include Simone, The Space Between, Questions, and the upcoming feature film Headshop. Derrex has stepped behind the camera to expand his own creativity and business acumen by teaming up with his producing partner M.D. Walton to launch their own production company, Skyscape Pictures. He is also an advocate for Young Warriors, an organization that provides support and guidance for fatherless boys.