Johnson: How does 4 Guys Plus 4 Backgrounds Equal 1 Name?

Have you heard about “The Honduran Experience”? 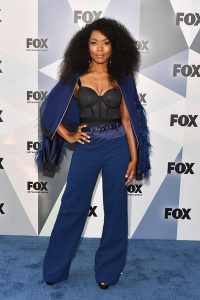 Hollywood royalty Angela Bassett may have just become one of the highest-paid actresses of color in the history of prime time television.

Most of the cast members of the hit show “9-1-1” renegotiated their contracts prior to season six of the flagship Fox show, with Bassett grabbing the biggest bag by far, Deadline reports.

The Oscar-nominated actress is now going to earn $450,000 per episode for the weekly police drama. This will reportedly make Bassett one of the highest-paid thespians, male or female, on any broadcast TV show in Hollywood.

Factored into the Yale University graduate’s handsome salary is the fact that she helped develop the show that Ryan Murphy created for her. Also, the wife of Panther actor Courtney B. Vance serves as the executive producer on both “9-1-1” as well as the successful spinoff, “9-1-1: Lone Star.”

Next on the “9-1-1” pay scale is Bassett’s co-star and male lead Peter Krause, who got a 25 percent hike in pay to bring his total to $300K per episode, Deadline states. The star of the thriller I Know What You Did Last Summer, Jennifer Love Hewitt, is now third on the pay hierarchy, though Deadline did not reveal any specific numbers for her.

The rest of the main characters of “9-1-1” also got a 25 percent raise to bring their per-episode earnings to $100K per episode.