[VIDEO] What in the world could Cardi. B want from Megan Thee Stallion?

It is happening again. The Rock And Roll Hall Of Fame has unveiled its slate of 2021 nominees — the 16 artists who might get a chance to join the hallowed ranks next year. Only seven of this year’s nominees will make it into the Cleveland museum. Artists are only eligible for the Hall Of Fame 25 years after putting out their debut records. That means anyone who debuted in 1995 is now eligible, and this year’s list of nominations includes two first-ballot nominees: Jay-Z and the Foo Fighters.

Jay-Z seems like a no-brainer here. In 2007, the Hall Of Fame inducted Grandmaster Flash And The Furious Five, its first hip-hop artists, and Jay-Z was the one who made the nomination speech. (He read the speech from a Blackberry while glowering at the crowd. It was awesome.) Dave Grohl, meanwhile, is exactly the type of person who loved to show up at Hall Of Fame-type events, and he’s already in there as a member of Nirvana. I don’t know if the Foo Fighters will make it in on their first nomination, but it’s hard to imagine this particular voting body keeping the Foo Fighters out for long. 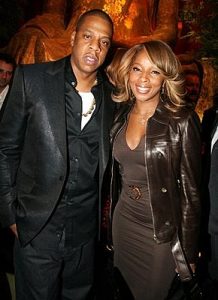 This year also has a number of first-time nominees that have been eligible for induction for a long time. Seven of this year’s 16 nominees are first timers. Other than Jay-Z and the Foo Fighters, we’ve got Mary J. Blige, the Go-Go’s, Iron Maiden, Fela Kuti, and Dionne Warwick. If it seems crazy that some of them aren’t already in the Hall Of Fame, that’s the Hall Of Fame for you. And there are also plenty of greats who have been nominated but who have never made it in: Rage Against The Machine, Kate Bush, Devo, the New York Dolls, LL Cool J, Tina Turner, Chaka Khan, Todd Rundgren, and Carole King.

A few of those nominees are already in the Hall Of Fame, but not as solo artists. Carole and Gerry Goffin, her ex-husband and onetime songwriting partner, were inducted as non-performers in 1990. Tina Turner was inducted in 1991 alongside her ex-husband Ike, and it seems absolutely wild that she’s only in there with him, not on her own.

Right now, LL Cool J — Jay-Z’s fellow New York rap great and occasional adversary — is on his sixth nomination. Chaka Khan, meanwhile, has been nominated three times as a solo artist, but she was also nominated four times as a member of Rufus, who have not made it in.

The Hall Of Fame actually nominated Rufus last year. There were plenty of other acts who were nominated last year but who didn’t make the list this year. On this list of inductees, the Hall Of Fame has snubbed Soundgarden, Kraftwerk, Motörhead, MC5, Judas Priest, Thin Lizzy, Pet Benatar, and the Dave Matthews Band. (The DMB won last year’s fan vote, which is a factor in picking the inductees, but they didn’t get enough overall votes to make it in.) I have to imagine that Soundgarden not even getting nominated is going to piss a whole lot of people off.

D’Angelo, Blink-182, Wilco, Deftones, the Chemical Brothers, and Garbage all released debut albums in 1995, which means they’re all eligible for the Hall Of Fame now. None of them were nominated.

This year’s inductees will be announced in May, and they’ll be honored at a ceremony in Cleveland in the fall. The Hall Of Fame recently permanently changed its annual calendar to allow for the possibility of an in-person induction ceremony this fall. We’ll see. 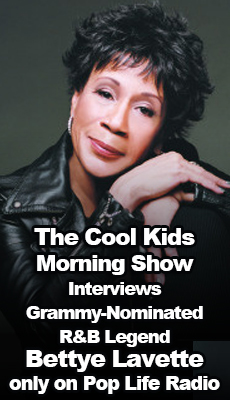