[NEW MUSIC] “NANA” by Töme, the first song from her 4th album.

Top Notch Music Group has officially announced the release of Argentinian recording artist MAR1ASOL‘s new single, “Waterfalls” for streaming and download on all digital platforms. As a huge lover of many genres of music, the art-form runs deep in her family life. By crate-digging and listening to classics in the car, her father helped shape the foundation for the highly ambitious  R&B innovator she is. “Waterfalls” was written by MAR1ASOL and produced by her husband and musical collaborator, Lucas Finocchi, stage name Lucas Löw. 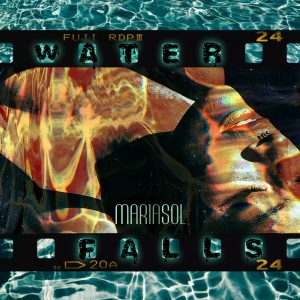 Growing up in Buenos Aires, Argentina, the multi-talented R&B/Neo-Soul artist wrote her first song “Till It’s Over” at the age of 19. MAR1ASOL, now 23, is breaking standards with her new single titled “Waterfalls“, a sensual song influenced by the R&B and Hip-Hop artists she grew up listening to such as: Kehlani, SZA, H.E.R., Mila J and Toni Braxton.

Her debut album, “Beats and Donuts” was released in 2019 to positive acclaim. She’s currently preparing a new record to feed her growing fanbase. Being an Argentina native, MAR1ASOL is looking to grow the music scene in her country.

To download or stream “Waterfalls” by Mar1asol, or to find her on social media, visit:
“Waterfalls” Single
Instagram.com/mar1asol