(MOUNTAIN VIEW, CA) – September 2016 – Next week marks the grand opening of the Smithsonian’s National Museum of African American History and Culture (NMAAHC). A museum 100 years in the making, the NMAAHC is much more than just a collection of artifacts. Within its walls, visitors will take part in an immersive journey into the important contributions of African Americans in the United States. It’s a mosaic of stories – stories from our history that are core to who we are as a nation. And we’re proud to help bring these stories to life with a first-of-its-kind 3D interactive exhibit and a $1 million grant from Google.org, part of our ongoing work on racial and social justice issues.

A new way to explore artifacts

A few years ago, Dr. Lonnie Bunch, the NMAAHC’s director, came to Google’s headquarters and shared his vision to make the museum the most technologically advanced in the world. I immediately knew I wanted to be involved, and pulled together people from across the company: designers who focus on user interaction, members of the Cultural Institute, engineers who work on everything from Google Maps to YouTube, and members of the Black Googler Network. For the past year, we’ve been working to deliver on Dr. Bunch’s vision.

Our team quickly learned that museums are often only able to showcase a fraction of their content and archives to visitors. So we asked ourselves: what technology do we have at Google that could help enrich the museum experience? We worked closely with the museum to build an interactive exhibit to house artifacts from decades of African American history and let visitors explore and learn about them. With 3D scanning, 360 video, multiple screens and other technologies, visitors can see artifacts like a powder horn or handmade dish from all angles by rotating them with a mobile device. The interactive exhibit will open in spring 2017. 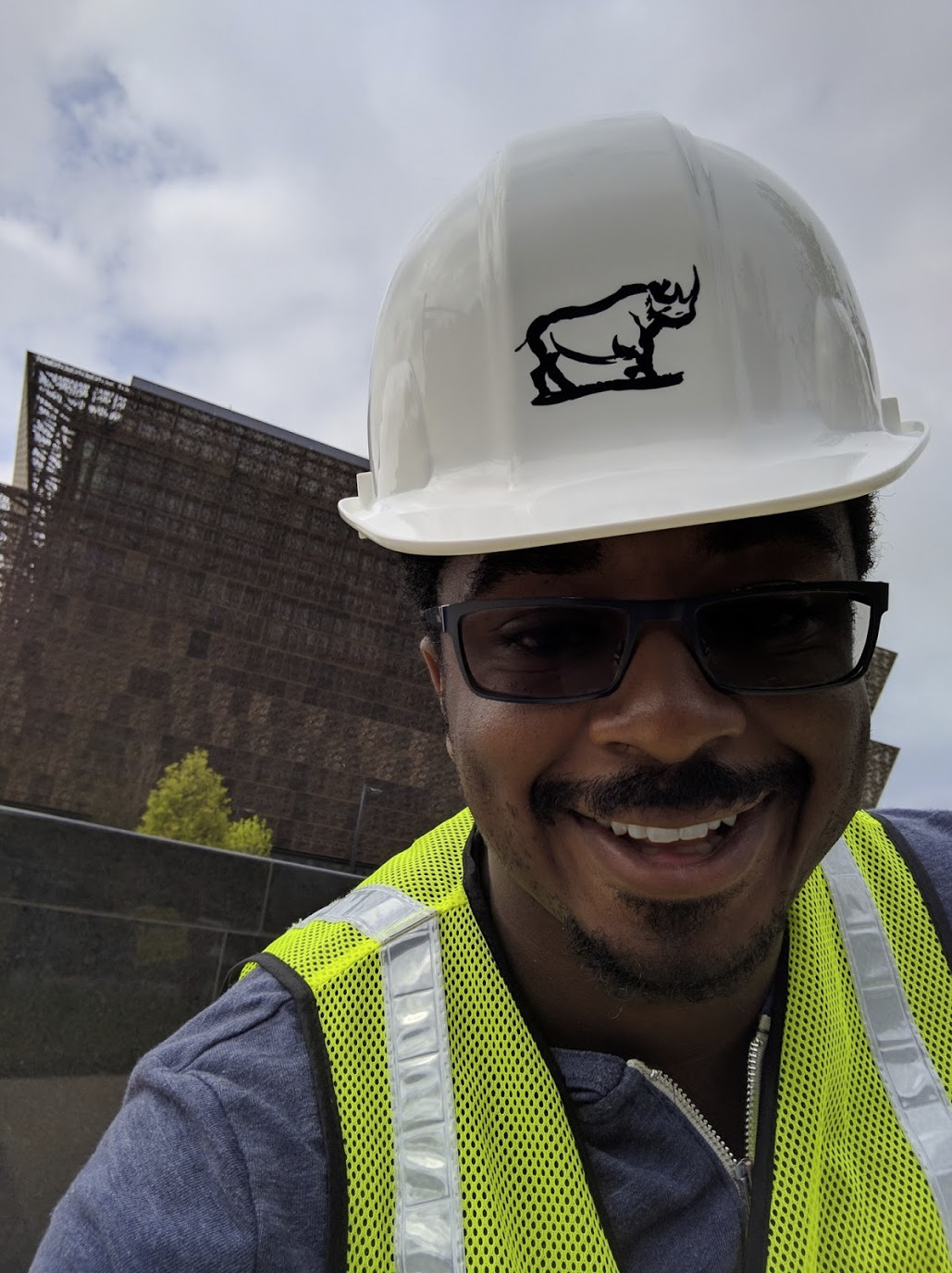 Picture Caption: Travis McPhail in front of the National Museum of African American History and Culture on one of many site visits to the museum in Washington, DC.

In addition to the interactive exhibit, we’re also launching two new Google Expeditions that take students on a digital journey through African American history. Earlier this year, we formed the African American Expeditions Council – a group of top minds in Black culture, academia and curation – to help develop Expeditions that tell the story of Africans in America. With participation from the National Park Service, the Expeditions team captured images of the Selma to Montgomery National Historic Trail, which commemorates the events, people and route of the 1965 Voting Rights March. A second Expedition, from the Martin Luther King Jr. National Historic Site, takes you around Dr. King’s childhood home and the historic Ebenezer Baptist Church, where he preached. 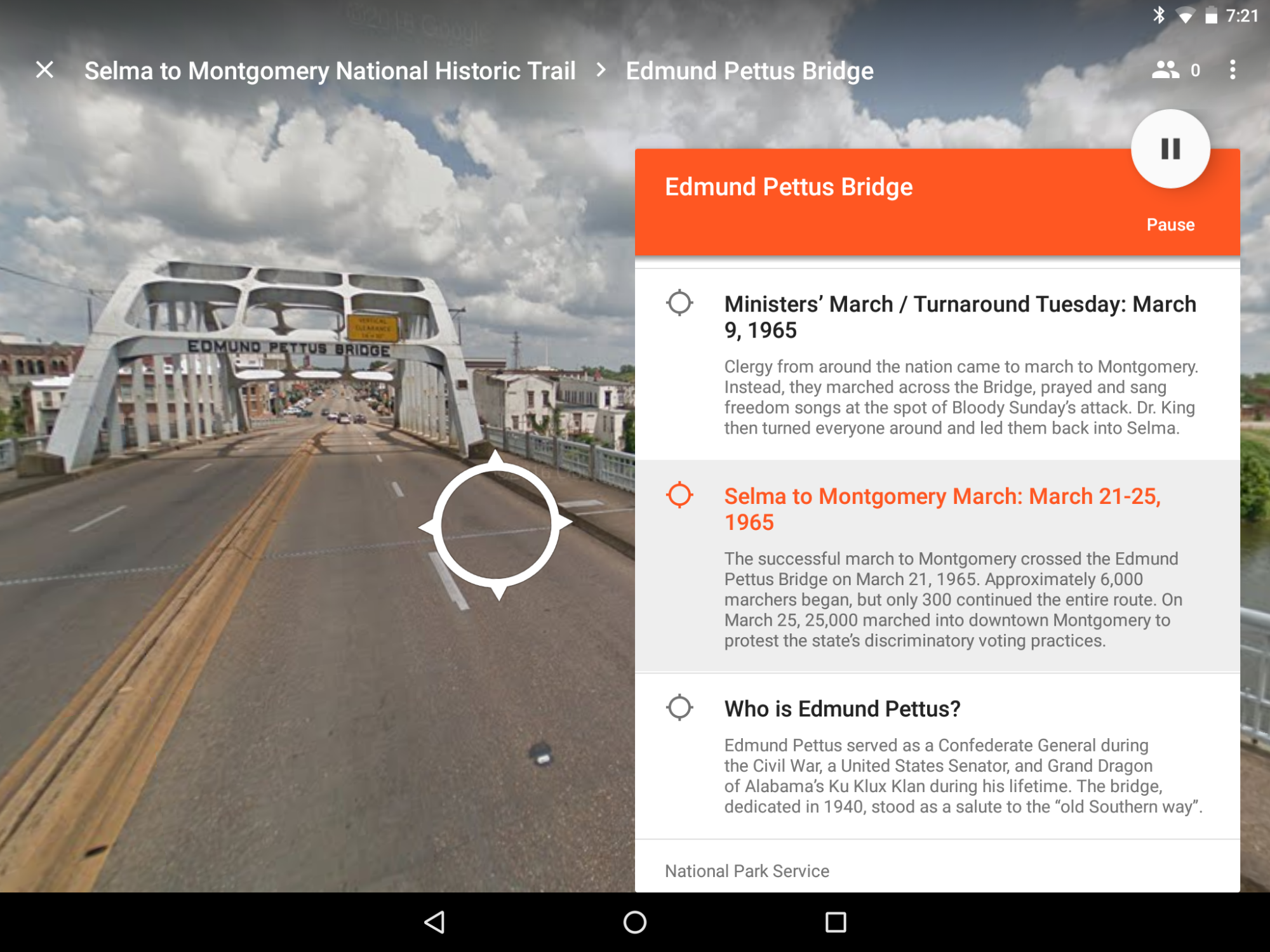 Screenshot from the new Google Expedition highlighting the Selma to Montgomery National Historic Trail, which commemorates the events, people and route of the 1965 Voting Rights March.

At the end of this week, we’re celebrating the opening of the NMAAHC during one of the most important weeks for African Americans in D.C., the week of the Congressional Black Caucus Annual Legislative Conference (ALC). On Friday night of ALC, we’ll salute NMAAHC Founding Director, Dr. Bunch, and the Congressional Black Caucus. The iconic Congressman John Lewis, an Honorary Member of our African American Expeditions Council, will be on hand to talk about the impact of Expeditions in telling the story that the NMAAHC will bring to life in so many important ways.

Day to day, I work on Google Maps, where we help people around the world find and discover new places. Working on this exhibit has given me a chance to help people discover something else – the ways African American history is vitally intertwined with our history as a nation. I’m proud of the role Google has played a role in taking people on that journey.

Steve Harvey being sued for millions for allegedly doing this to an activist
IFC Invited The Press to Explore Their New Show, Brockmire
Vivica A. Fox is running the show in season 2 of Keeping Up With the Jones on Lifetime Movie Network...