Shooting With the Spurs

The San Antonio Spurs capped off an amazing five game home stand with an exclamation point Saturday night with a victory over the defending champion Golden State Warriors, 87-79. This was a match up of NBA number 1 vs NBA number 2. These two teams had the highest combined winning percentage between two teams in NBA history with a winning percentage of .882%. The victory gave the Spurs their 44th consecutive regular season game winning streak at the AT&T Center, and a current 6 game winning streak. That would be a tie for second longest winning streak at home. Currently the Golden State Warriors hold the record, and it is to be continued until a loss. San Antonio is now 35-0 at home this season. Coming in, Golden State could not buy a win in San Antonio. Seriously, the organization has not won a game in the last 33 regular season attempts in Spurs country. But the test for San Antonio will come April 7th at Oracle Arena. In order for the Spurs to beat Golden Sate at Oracle Arena it is simple, follow these steps: 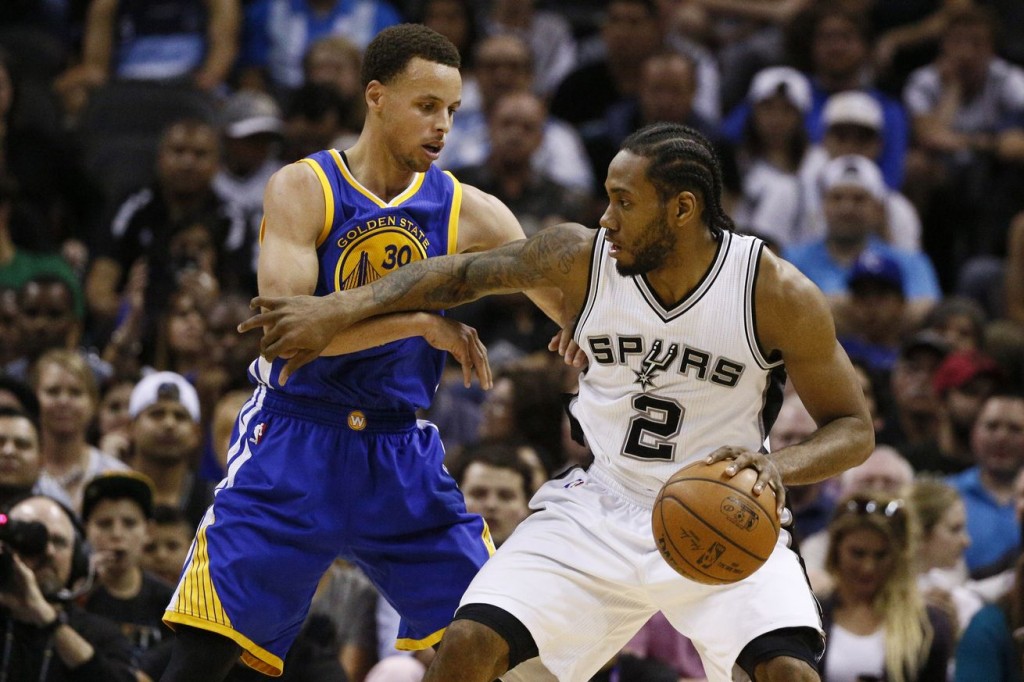 1.Contain Golden State’s shooters. San Antonio held Stephen Curry to an abysmal 4-of-18 from the field, and limited his perimeter shooting. Curry only made one 3pt field goal on 12 attempts. Fellow splash brother Klay Thompson did not fare so well either. Thompson was also held to just one 3point field goal, as he shot 1-of-7 from behind the arc. Combined, the splash brothers scored only 29points. San Antonio played small ball to compete with Golden State’s pace of play. The Warriors were down 3 key pieces to their puzzle last Saturday night — Andre Iguodala, Andrew Bogut, and Festus Eziel. With that came this, just for the 3rd time in his 1,382 NBA game career, Tim Duncan came off the bench. Duncan played 8minutes, he had 1 point, and 2 rebounds. Boris Diaw got the nod over Tim, and Diaw went 6- of-7 from the field, with 14 points, 8 rebounds, 2 dimes, and played effective defense. All-Star Kawhi Leonard had a game high 14 Rebounds, with 18 points. LaMarcus Aldridge lead all scorers with 26 points, the PF also pulled down 13 rebounds in a double-double effort.

2. Rebound and block shots. San Antonio out rebounded Golden State last Saturday night 59-44 (team rebounds), and 14-7 on the offensive glass. This lead to second chance points, and limits transition buckets. For example a missed shot, rebounded by D.Green, thrown outlet pass to Curry/ Thompson for an easy shot. The rebounding prevents this, and big time runs. In the 1st meeting between the teams, Golden State had their way on the boards 52-44. The Spurs also were effective blocking shots Saturday night, in fact Danny Green covered Steph Curry so well he blocked a Curry 3pt attempt, and that was the 1st 3pt FG that Curry had blocked all season. As a team the Spurs blocked 6 shots. This was key to throwing the rhythm off of the splash brothers three point shooting frenzy.

3. Manage the pace. Keeping Golden State to a slower pace of play is key to beating the Champions. Golden State’s game is running, shooting, and scoring. The Warriors are 4-2 in slower paced games. Two of the wins came in overtime, one win was a 3 point victory, and the other, a low scoring blowout. Saturday night was different. San Antonio held the highest scoring offense (115.4 points per game 1st in NBA) to just 79 points, which had been their lowest scoring outing all season. Golden State was limited to their least amount of possessions in a game this season. Popovich played a plethora of looks against Curry and company to throw them off. It worked, the Warriors shot a season low FG% of 37.8% , and 25% from behind the 3point line. 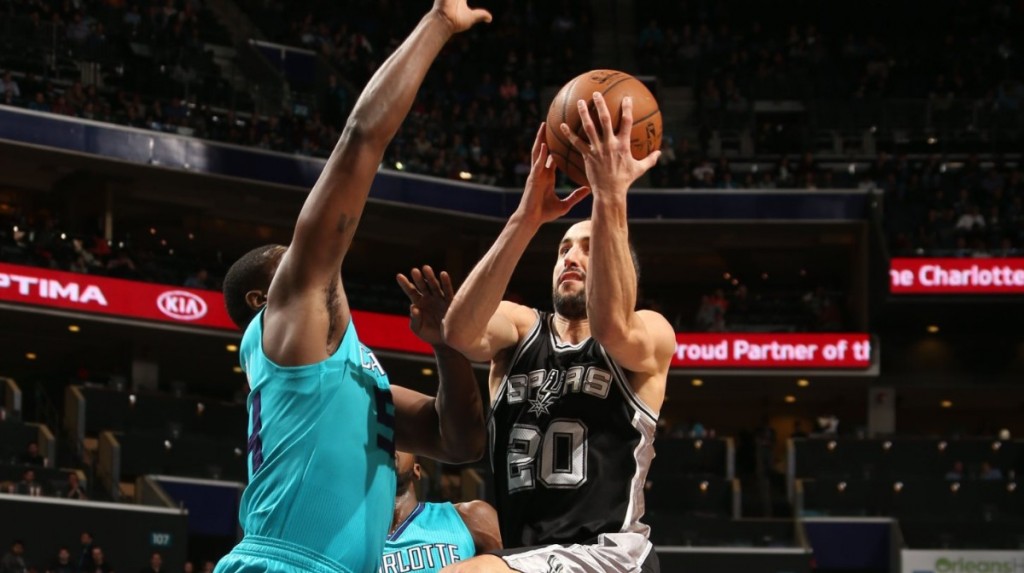 Only 13 games remain in this NBA season for the Spurs. San Antonio has a few games to look forward until the third meeting with Golden State on April 7th. Upcoming match ups include, a trip to Charlotte to face the Hornets on the 21st of March, back home for D-Wade and Miami, Memphis on Friday the 25th, and the Spurs final trip to OKC this season will round out the Spurs week Saturday the 26th. Until next time Spurs Fans.