“Murphy is a revelation”
Frank Scheck – The Hollywood Reporter 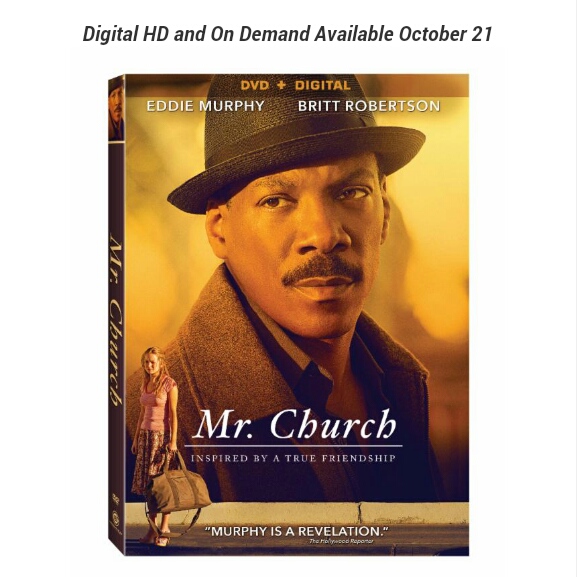 Mr. Church tells the story of a unique friendship that develops when a little girl and her dying mother retain the services of a talented cook – Henry Joseph Church. What begins as a six-month arrangement instead spans fifteen years, and creates a family bond that lasts forever.

The Mr. Church home entertainment release bonus material includes interviews with the cast, a “Food on Film” featurette, and a look at the true story the film is based on. Mr. Church will be available on Blu-ray (plus Digital HD) and DVD (plus Digital) for $24.99 and $19.98, respectively.
BLU-RAY/DVD/DIGITAL HD SPECIAL FEATURES

“Featurette Based on a True Friendship” Featurette

WATCH THE TRAILER FOR “MR. CHURCH”