Move On Your Mission

Artist On the Rise: Kissie Lee 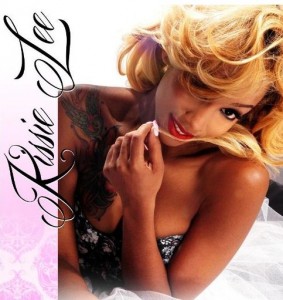 Tell me what do ya know about Kissie Lee; a girl from Denver, Colorado with a nice set of pipes and bangin’ writing skills. Not too much…at least not yet. But you should definitely be on the lookout for this artist here. Kissie Lee, aka. Shantee Tyler is a singer, an exceptional songwriter, and dancer—a triple threat merged into one.

If you think the singer/songwriter is new when it comes to this music industry you are sadly mistaken. Kissie has been in the music scene since she was 8 years old. She got her start opening for platinum selling artist CeCe Penniston back at home. Throughout the years she has continued to enhance her skills as an overall performer. This led her to move to Atlanta where she would further pursue music. In addition, she made one of the cuts for the MTV hit show Making the Band, handpicked by the founder himself, Sean Combs. Although she did not make the final cut, she obviously made some right steps directing her musical journey to her listening party. 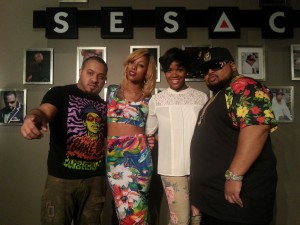 On August 15th Kissie had her debut album listening party at SESAC (Society of European Stage Authors & Composers) in Atlanta. During the party she played several of her songs including my new personal favorites, “In the Dark” and “Monday.” She even allowed the audience to participate in deciding the single to be released in early September. Some people would say she reminds them of the songwriter turn singer Kerry Hilson, but Kissie has a unique sound. Let her tell it, “My music is a mixture of pop, urban, rock, and sexy all rolled in one.”

What makes her even more dope is her radiant persona. Kissie’s star quality does not overshadow her down to earth, bubbly personality. The listening party was a small and intimate crowd and everyone left feeling like they knew her personally. I looked into the audience I saw heads bobbing to the beat and people taking in the melody, harmony, and lyrics to the songs. Do you know that feeling you get when you can’t control yourself? The feeling you feel when you close your eyes and vibe with the music. Yea, that one! I can’t deny I felt it myself. So keep your eyes peeled for miss Kissie Lee. She is well on her way to great things.